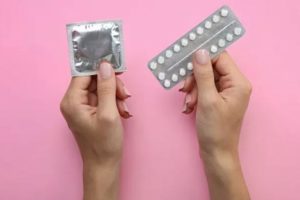 KARACHI: It’s no surprise that unwanted pregnancies occur all around the world. And to avoid these, people use different types of contraceptives – some of which, also prevent sexually-transmitted diseases from spreading. Birth control pills and condoms are some of the most common types of contraceptives used by both men and women worldwide. However, in a country like Pakistan – where even the use of the word ‘sex’ raises concerns – buying contraceptives can sometimes invite judgmental gazes. Likewise, a young girl based in Karachi, was also judged for buying emergency contraceptive pills (ECP) off the shelf. Sharing her experience, Kulsoom Masood, a 22-year-old university student, posted a status on Facebook.

She wrote, “I went to a medical store to buy ECP for my research and presentation on sexual health in Pakistan. I knew that there will be some reaction but little did I know that things will get so interesting. I went to the counter and asked ‘Sabz Sitara Ki ECP de dein’ (Please give me ECP by Sabz Sitara). The guy, who was smiling and staring at literally every lady in the line, changed his expressions suddenly. He looked at my university bag which also had a student ID card on it and started speaking to the guy next to him in Pashto.”

Kulsoom, being a Pashtun understood every word he said. She continued, ‘He said to the other guy, ‘This girl is asking for ECP, should I give it to her? She doesn’t look like a ‘bad girl’ from the way she is dressed.’ The other man replied, ‘Tell her that the tablets are very expensive.’ The same guy then came towards me and told me in Urdu that the tablets are very costly. I replied to him in Pashto, ‘Pa su dee?’ which meant, ‘How much do they cost?’ which is when both of their expressions changed.”

The 22-year-old then told them that her father was waiting in the car outside the pharmacy and she wouldn’t mind if they gave her the contraceptives in front of him. Kulsoom said that the men later apologised and gave her the pills right away. However, she did school them further in Pashto and added, “I told them, ‘You gave me the pills because I replied to you in Pashto, but normally, you would start taking advantage of such people who are in dire need of contraceptives. You’re going to tell them that they are expensive and if they can’t afford them despite that, you would only be creating problems for them.’ I also said that God has given them a responsibility of helping people out but by doing so, they’re only going against Him.”

Recalling the experience, Kulsoom explained that the stigmatization of sex and not being openly able to discuss topics related to it, has also sexualized medicines/drugs that has something to do with a sexual activity. She said, “The shopkeeper readily judged me for buying it and even though the Pakistani Government has made sure that people could get contraceptives without any prescription, women still go through judgmental eyes of shopkeepers and pharmacists.”