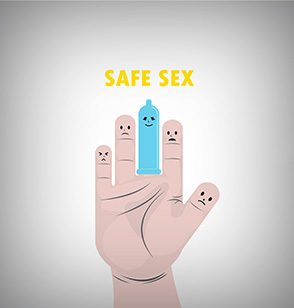 What is a Sexually Transmitted Infection?

This includes homosexual andheterosexual contact and does not necessarily have to involve penetration.

How do STI’s spread?

STI’s are easily spread through person-to-person transfer of bodily fluids such as semen, vaginal secretions, or blood. When someone suffers from a Sexually Transmitted Infection, anyone who has sex with that person stands a good chance of becoming infected.

Thus, having sex with multiple partners carries a greater risk of disease than being in amonogamous relationship with your spouse or long-term partner. However, even a monogamous relationship is not necessarily risk-free, since one partner could be carrying an infection picked up during a prior sexual encounter.

Sexually transmitted infections are a major cause of ill health in our population. They also carry other risks such as an ectopic pregnancy (where an egg is fertilized and becomes implanted in the fallopian tube), and may also lead to infertility in both men and women.

Some key symptoms of STI’s are:

Most tests for the following STI’s are available at major labs.

Here are some of the common STI’s. Click on the one you would like to know more about.

How can STI’s be avoided?

For more information drop in a line to onlinedr@srhmatters.org

Top tips if you have an STI?

If you are at all worried about having an STI or want more information write to onlinedr@srhmatters.org

What will the check up involve?