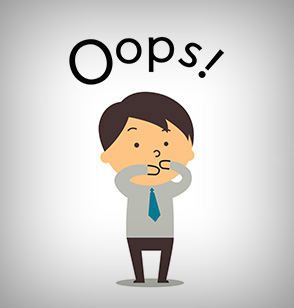 Premature ejaculation is defined as persistent or recurrent ejaculation with minimal sexual stimulation, before, during, or shortly after penetration.

Although the problem of premature ejaculation is not new, the number of patients reporting the problem has certainly increased remarkably over the past two to three decades.

This can be attributed to various reasons of which the most important one is public awareness. Previously, the condition was not considered a problem by many at all, primarily due to lack of knowledge. But in recent years, due to advancement in media and easy accessibility to information, especially through the internet,

many have discovered the existence of the problem and seek cure.

It has also been observed that the problem is becoming more common amongst the younger generation and experts believe that one of the major culprits is pornography. The problem starts when one becomes addicted to pornography. When pornography becomes an addiction, it harms you in two manners i.e. psychologically and physiologically.

Most of the explicit material shown is not real and is unnatural. Many young minds start idealizing these scenes and begin considering them as normal. Soon the stage comes when they start comparing their own bodies and abilities with these unreal graphics and ultimately begin to develop complexes and confusions in their sub-conscious.

This state soon manifests physically in the form of sexual problems like erectile dysfunction and premature ejaculation Moreover, when a person becomes addicted to pornography, the cells in the brain that produce sex chemicals such as serotonin increase in number and functionality. These chemicals are responsible for different stages of the sexual cycle.

In a pornography addict, even the slightest of sexual stimulation such as touching causes sudden and increased production of these chemicals, resulting in early conclusion of the sexual cycle, and hence premature ejaculation.

This happens especially in those individuals whose only aim is to reach an orgasm as early as possible to relieve mental and physical tension. Slowly and gradually, this behavior makes the brain used to producing the sexual chemicals quickly and in increased amount so that the orgasm can be reached early.

This soon turns into the problem of PE. Therefore, the treatment of PE doesn’t lie in medicines, in fact the only way to cure this problem is to retrain the brain to not to rush through the sexual response cycle and reach orgasm early.

When you are totally relaxed, start stimulating yourself while lying down. Don’t try to indulge your mind into thinking about something else, as the idea is that during the initial few times you become aware of all the sensations that arise from your genitalia as you stimulate yourself and as you reach orgasm.

Be gentle and don’t rush while stimulating yourself. Do not fear early ejaculation. Just relax and try to identify all sorts of sensations that arise from the genitalia. Most of the patients start tensing their body muscles and start taking shallow breaths as they approach ejaculation in order to delay it. This on the contrary makes things worse, pushes more blood to the genitals which in turn results in early ejaculation.

Try to keep taking normal breaths and keep all your body muscles relaxed. Whenever you feel that any of your body muscle is getting tensed, concentrate on that part and try to ease the tension. Moreover, continue varying the pace of stimulation (never too fast). Your goal is to identify the point after which you cannot avoid ejaculation (the point-of-no-return) and stop stimulation before that point. Wait till you lose half of your erection and then start another cycle. In some individuals, this point will be reached very early, as soon as after 20 to 30 seconds of stimulation.

These individuals should not worry and continue practicing. In each session, they should try to avoid ejaculation at least 6 times by stopping before the point-of-no-return after which they can ejaculate. In case ejaculation occurs before 6 cycles, the practice should not be repeated again on the same day. As the days go on, the individual will realize that his time period between starting of stimulation and reaching the point-of-no-return has gradually increased.

For some individuals, identifying the point after which ejaculation becomes inevitable is very difficult. However individuals can rely on certain signs which suggest that ejaculation is near. Firstly, the body starts becoming tense and breathing rate starts to rise up. At this point the person should concentrate on relaxing the body and should slow down or if necessary, stop the process of stimulation.

Secondly, the scrotum contracts, bringing the testicles closer to the body. At this point, pulling the scrotum away from body can help in delaying ejaculation. And finally, a lot of pre-cum starts to come out. At this point, the person who has difficulty in recognizing the point-of-no-return should stop stimulation.

A muscle called the PC muscle lying in our pelvic area helps a lot in this regard. This muscle wraps around the inner urethra (the tube which carries the urine and sperm out) and can block it if made tense. This muscle can be strengthened with practice. You can identify this muscle by trying to suddenly hold the flowing stream of urine when you are urinating.

The muscle which blocks the urethra and stops the flow of urine is the PC muscle. Once identified, you can tense this muscle even when you are not urinating. Tensing the muscle for 3 seconds and then relaxing it for 3 seconds and then repeating the process for 10 times is called the Kegel’s Exercise. This is a very easy and effective exercise which can be done anytime, at least thrice daily. This really makes the PC muscle strong which in turn can help in blocking ejaculation when the person reaches the point-of-no-return.

In some individuals the problem of PE is not very severe. These individuals can delay their ejaculation by physically blocking the inner urethra when they think they are about to ejaculate. The easiest place to locate the inner urethra is between the scrotum and the anus. Putting firm pressure with fingers in this area can effectively block ejaculation and thus can prolong the event.