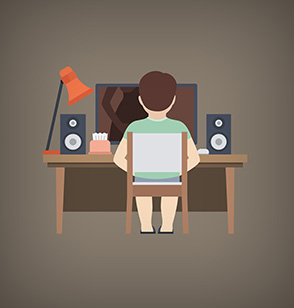 which protects from AIDS and sexual problems.

How much is too much?

However, if these chemicals are produced in higher proportions, they tend to stay longer in the body, producing harmful psychological and physical effects such as lack of concentration, decreased ability to memorize things, sleep disturbances and physical lethargy. When a person masturbates excessively, he repeatedly stimulates the cells responsible for the production of these hormones. These cells in turn respond by not only increasing their function but also their numbers so that whenever the person masturbates, more than the usual amounts of said chemicals are produced in the body, producing more than the usual effects.

However, if this practice becomes a habit, it results in increased functioning capacity and the numbers of the cells producing these hormones, which can ultimately disturb the precise working balance between the two nervous systems, resulting in sexual dysfunctions, especially in males. In females, since their brain becomes used to increased amounts of these hormones, there can be development of difficulty to reach orgasm during regular sexual activity.