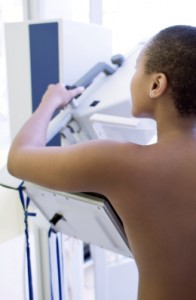 The latest data questions the most recent recommendation for breast cancer screening by the U.S. Preventive Services Task Force (USPSTF), which advised women to get mammograms every other year starting at age 50.

But the new study from Harvard University researchers found that half of 600 women they studied who died of breast cancer were under age 50. The women were diagnosed between 1990 and 1999 at two Boston hospitals and followed until 2007; 71% of those who died had never had a mammogram before their diagnosis.

That suggests that mammograms may be helping to save lives, particularly among younger women, whose denser breasts may make smaller lesions more difficult to detect — and therefore require more vigilant monitoring. While the USPSTF recommendations are followed by many doctors and physician organizations, the American Cancer Society continues to advise women to get annual mammogram screenings once they reach age 40.

The USPSTF’s recommendation was based on data suggesting that widespread mammogram screening was not providing sufficient benefits in preventing cancers and saving lives when compared to the risks associated with the screenings, which include false positive results that require additional, invasive procedures such as biopsies and treatments, and overdiagnosis.