Can Testosterone Treatment Turn Back the Clock? Testosterone supplementation may improve sexual function in older men

It’s no secret that the privilege of aging comes with inevitable declines in health. As men age, they also see a decline in testosterone levels. New research tries to determine whether testosterone treatments can give men back some of their lost vitality. 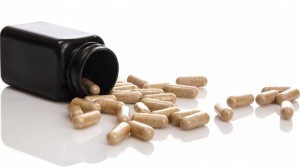 A team of researchers from the University of Pennsylvania School of Medicine conducted seven Testosterone Trials (TTrials), which were designed to see if testosterone therapy could relieve the symptoms of withdrawal from the hormone.

To conduct the study, the team enrolled 790 men, ages 65 and older, at 12 sites across America. All of the participants had lower testosterone levels than young healthy men, low sexual function, difficulty walking or low vitality.

The men were randomly selected to receive either a testosterone gel or placebo gel, which was applied daily for a year. The trial was double blind, meaning neither the researchers nor participants knew who was taking which gel. Researchers measured testosterone levels periodically for a year and monitored prostate and cardiovascular problems.

The study was led by Dr. Peter J. Snyder from the University of Pennsylvania School of Medicine.

Researchers said that older men seeking testosterone treatment should consult with a physician.

The results for the first three elements—sexual function, walking and vitality—were reported February 18 in theNew England Journal of Medicine. Results for other outcomes, including cardiovascular, bone density, cognition, and anemia, will be reported in future papers.