Health-related apps have exploded on the internet, for both operating systems. It was only a matter of time before those that help to diagnose, manage, or treat ED came into being. There are several on the market today for those who have found that their performance on many different occasions was less than stellar. Some of these apps can give some discreet insight into what might be going on. Apple has an app called “Fire Up Your Sex Drive.” It does seem to make exorbitant claims for itself. The apps purveyor’s claim that not only does it address ED, but kicks one’s libido into high gear. After just 20 days, your sexuality should be advanced by over 80%, developer’s claim. They also say that using this app is the equivalent of taking Viagra. It works by sending out high-frequency alpha waves which will supposedly synchronize to the user’s own brain waves. After slapping down $2.99, a user has to listen to the app for six minutes, once a day. This is thought to stimulate the endocrine system into producing more testosterone, ramping up the sex drive and helping to reverse ED. Trouble is, most men with ED have it because of a physical problem, such as clogged penile arteries. In this case, alpha waves would do little to reverse it. Unfortunately, there is no evidence that this in fact cures the condition. 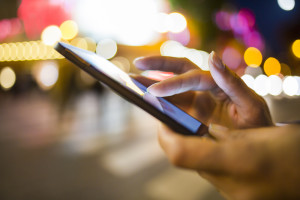 Another out of Bangalore, India is called, “Dr. Vasan’s CurED” app. Here, the user answers a series of questions to see if they in fact do have ED. If so, it also determines how severe it is. The app utilizes two professional metrics, the International Index of Erectile Function and Sexual Health Inventory for Men. If the patient receives a poor result, it can even help him contact a doctor. Lastly, there is the Erectile Dysfunction Self-Test. Available on the Google Play store, this app gives a four part, professional screening. Created by an Austrian couple where he is a psychotherapist and she a couple’s and sex therapist, the app gives a fairly accurate assessment and tips to improve the situation. Some of these apps may be helpful. But nothing can replace the experience of seeing a physician or urologist in the flesh and receiving a proper examination. These experts can help determine what is causing ED and how best to cure it. Contact a doctor or urologist near you should you be experiencing ED.