Sex and gender both shape your health, in different ways

When you think about gender, what comes to mind? Is it anatomy or the way someone dresses or acts? Do you think of gender as binary — male or female? Do you think it predicts sexual orientation? 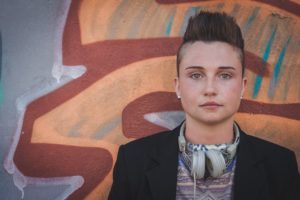 Gender is often equated with sex — by researchers as well as those they research, especially in the health arena. Recently I searched a database for health-related research articles with “gender” in the title. Of the 10 articles that came up first in the list, every single one used “gender” as a synonym for sex.

Although gender can be related to sex, it is a very different concept. Gender is generally understood to be socially constructed, and can differ depending on society and culture. Sex, on the other hand, is defined by chromosomes and anatomy — labelled male or female. It also includes intersex people whose bodies are not typically male or female, often with characteristics of both sexes.

Researchers often assume that all biologically female people will be more similar to each other than to those who are biologically male, and group them together in their studies. They do not consider the various sex- and gender-linked social roles and constraints that can also affect their health. This results in policies and treatment plans that are homogenous.

The term “gender” was originally developed to describe people who did not identify with their biological sex. John Money, a pioneering gender researcher, explained: “Gender identity is your own sense or conviction of maleness or femaleness; and gender role is the cultural stereotype of what is masculine and feminine.”

There are now many terms used to describe gender — some of the earliest ones in use are “feminine,” “masculine” and “androgynous” (a combination of masculine and feminine characteristics).

More recent gender definitions include: “Bigender” (expressing two distinct gender identities), “gender fluid” (moving between gendered behaviour that is feminine and masculine depending on the situation) and “agender” or “undifferentiated” (someone who does not identify with a particular gender or is genderless).

If a person’s gender is consistent with their sex (e.g. a biologically female person is feminine) they are referred to as “cisgender.”

Gender does not tell us about sexual orientation. For example, a feminine (her gender) woman (her sex) may define herself as straight or anywhere in the LGBTQIA (lesbian, gay, bisexual, transgender, queer or questioning, intersex and asexual or allied) spectrum. The same goes for a feminine man.

Femininity can affect your heart

When gender has actually been measured in health-related research, the labels “masculine,” “feminine” and “androgynous” have traditionally been used.

Research shows that health outcomes are not homogeneous for the sexes, meaning all biological females do not have the same vulnerabilities to illnesses and diseases and nor do all biological males.

Gender is one of the things that can influence these differences. For example, when the gender of participants is considered, “higher femininity scores among men, for example, are associated with lower incidence of coronary artery disease…(and) female well-being may suffer when women adopt workplace behaviours traditionally seen as masculine.”

In another study, quality of life was better for androgynous men and women with Parkinson’s disease. In cardiovascular research, more masculine people have a greater risk of cardiovascular disease than those who are more feminine. And research with cancer patients found that both patients and their caregivers who were feminine or androgynous were at lower risk of depression-related symptoms as compared to those who were masculine and undifferentiated.

However, as mentioned earlier, many health researchers do not measure gender, despite the existence of tools and strategies for doing so. They may try to guess gender based on sex and/or what someone looks like. But it is rare that they ask people.

A tool for researchers

The self-report gender measure (SR-Gender) I developed, and first used in a study of aging, is one simple tool that was developed specifically for health research.

The option to answer “other” is important and reflects the constant evolution of gender. As “other” genders are shared, the self-report gender measure can be adapted to reflect these different categorizations.

It’s also important to note that the SR-Gender is not meant for in-depth gender research, but for health and/or medical studies, where it can be used in addition to, or instead of, sex.

Using gender when describing sex just muddies the waters. Including the actual gender of research participants, as well as their sex, in health-related studies will enrich our understanding of illness.

By asking people to tell us their sex and gender, health researchers may be able to understand why people experience illness and disease differently.