Blood Test May Detect Ovarian Cancer At Its Earliest Stages 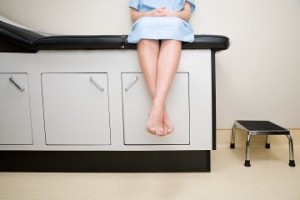 Ovarian cancer is treatable is detected early, but 70% of cases aren’t diagnosed until it’s too late. A promising blood test may change that.

Each year, about 20,000 women are diagnosed with ovarian cancer, and about 14,000 will die from the disease. While 90% of those diagnosed early will be alive five years later, there is no reliable way of identifying abnormal growths in the ovaries, leading to later detection, when the cancer has spread to other tissues and survival rates typically drop to about 30%.

That’s why researchers are excited about the latest results, published online in the journal Cancer, from a blood test that could detect the first signs of ovarian cancer. For 11 years, scientists from the University of Texas MD Anderson Cancer Center in Houston studied just over 4,000 post-menopausal women who were screened for changes in a blood protein called CA125, which serves a biomarker for tumors. While this protein has been used before to predict ovarian cancer, the results haven’t been reliable, since researchers frequently relied on just one test result. In the current study, the scientists repeated the test and compared the readings; the changing levels of CA125 told a more consistent story about the women’s risk of developing ovarian cancer.

Over the 11 years, the strategy was 40% accurate in predicting the presence of ovarian cancer, and in identifying cancer early. Even more promising was its 99.9% specificity, which means there was an extremely low risk of false-positive results.

Although very encouraging, however, the test is not quite ready for the clinic. The research team is waiting for the results of a similar study in the UK that in which more than 200,000 women are being screened using the same algorithm. “If the results of this study are also positive, then this will result in a change of practice,” study author Dr. Karen Lu said in a statement.

Understanding how changing CA125 levels reflect risk of cancer is an important breakthrough that could shift the diagnosis of ovarian cancer much earlier, to a stage when interventions with surgery, radiation, chemotherapy, or medications are more effective. “I was more excited reading this study than I have been in a really long time,” Debbie Saslow, director of breast and gynecologic cancers for the American Cancer Society said to HealthDay. “Not only was [the screening] finding cancers in both of those studies, but it was finding them early. That’s what we want to do.”