Would you go to a Female Urologist?

According to a WebMD poll only 8% of urologists operating today are female. That should not be a big surprise as women are making more inroads in what were considered traditional male occupations. Some male patients might be embarrassed at the thought of interacting with a female urologist. After all, examining penises is a big part of the job. Other conditions urologists treat include urinary tract, bladder and kidney problems. These tend to affect both sexes equally, hence the increase in women in the field. Dr. Leslie Rickey is the president of the Society for Women in Urology, an associate professor at the Yale School of Medicine and herself a practicing urologist. She says it isn’t just male genitals urologists’ deal with. In fact, a lot of her practice is helping women who have issues with leaking urine. The Society began in the 1980s, she said. At that time, few women were on the scene. Nowadays, there are a lot more. But there is still a great disparity in this and for many other specialists in the medical field. 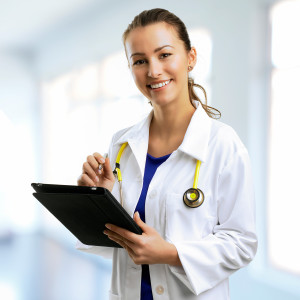 The number of female urologists is growing. Currently, 25% of medical school graduates who are working toward becoming urologists are women. It has been a slow growth rate, however. Many men shudder and ask themselves if they would go to a female urologist. Some say since it’s a medical professional, it shouldn’t matter what their gender is. Instead, their background, expertise, professionalism, patient rapport and conscientiousness are what are important. In other cases however, male patients feel uncomfortable about opening up to a female urologist. But usually, one female urologist is part of a practice. She is there to deal with women’s issues. Lots of women are hesitant to go to a male urologist. So having one that is female within a practice is a good draw and benefits female patients as well. Though being examined by a female urologist isn’t common, it may become more so someday as gender roles in our society flatten and more women enter into the practice.