Fewer Drugs Being Prescribed to Treat Mental Illness Among Kids 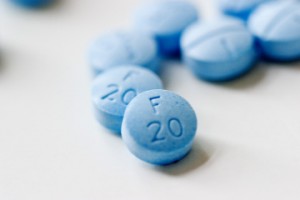 ?As rates of behavioral disorders like attention deficit-hyperactivity disorder (ADHD) and anxiety rose among children, so did concerns about treating them with psychotropic drugs.

From the early 1990s to the early 2000s, the number of young children on psychotropic drugs, which include anti-depressants, stimulants, mood stabilizers and anti-anxiety agents, increased by two- to three- fold. Some drugs, including several ADHD medications, have been approved for use in children ages six to 12, while others have not studied long term in younger patients.

But in a new study published in the journal Pediatrics, researchers report that psychotropic drug treatments among children is stabilizing, according to data from a national sample of more than 43,000 kids between the ages of two and five. These drug prescriptions peaked between 2002 and 2005, and leveled off from 2006 to 2009.

While more refined guidelines for diagnosing mood and behavioral disorders among children may explain some of the change in medication use, more stringent warnings about the potential risks of psychotropic drugs on youngsters probably also played a role. In the mid-2000s, the Food and Drug Administration started adding its strictest black box warning to alerting doctors and patients to the serious risks these treatments could pose for children and adolescents. For those reasons, more pediatric groups advise doctors to start their youngest patients on behavioral therapies first, before relying on medications to treat their symptoms. “Our findings underscore the need to ensure that doctors of very young children who are diagnosing ADHD, the most common diagnosis, and prescribing stimulants, the most common kind of psychotropic medications, are using the most up-to-date and stringent diagnostic criteria and clinical practice guidelines,” the authors conclude.

However, some recent research showed that more than one in five specialists who diagnose and recommend treatment for preschoolers with ADHD turn to drug therapy first, either alone or in tandem with behavior therapy. But it’s not because these pediatric specialists think that the drugs are more effective or aren’t concerned about the long term effects of the medications. That study also revealed that drug approaches may be the only practical or accessible ones to some parents, since behavior-based methods require a lengthy time commitment and can be costly.

Currently, the American Academy of Pediatrics (AAP) supports behavior therapy as the first strategy for treating preschoolers diagnosed with ADHD, and suggests that medication should be used only if the behavior therapies were unsuccessful. That approach, pediatric experts hope, will continue to direct psychotropic medications only where they are needed.
Read more: http://healthland.time.com/2013/09/30/fewer-drugs-being-prescribed-to-treat-mental-illness-among-kids/#ixzz2gSfvqAav