Honey, Your Success is Shrinking Me

Women like it when their husbands are successful. Men, maybe not so much, says a new study.Read more: http://healthland.time.com/2013/08/30/honey-your-success-is-shrinking-me/#ixzz2dhzfzn9f 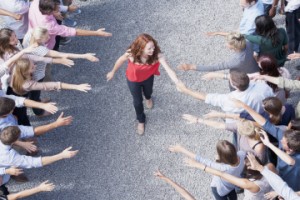 A new study suggests that men don’t enjoy their wives’ or girlfriends’ victories.

Men’s self-esteem can take a beating if their wives do well, while women’s egos aren’t as affected by their partners’ victories. Even when the woman is successful at something her man is not really engaged in — say, hosting a party — husbands feel personally threatened, according to a  new study from the American Psychiatric Association, which also found that a woman’s success “could alter men’s perception about their romantic relationship in the future.”

The research, published in August in the Journal of Personality and Social Psychology sounds at first like it would fit more neatly in The Annals of Duh, (newsflash: Men Don’t Like to Lose), but the details prove to be more counterintuitive. For example, the five different experiments in the study examined not just heterosexual couples in the U.S. but also those in the Netherlands (which often serves as a model of gender equity), and revealed little difference in the way men felt about their partners’ success. Dutch men may see more successful women around them and have more females on their corporate boards and in their government, but they still feel a bit smaller when their wives or significant others do well.

And interestingly, the men subconsciously felt worse about themselves whenever their romantic partners scored a win, no matter if  they were competing in that area or not. That is, a man doesn’t  just feel worse about himself when he’s shooting for the same goal, he feels worse whenever his woman succeeds. And this is a woman he likes.

“It makes sense that a man might feel threatened if his girlfriend outperforms him in something they’re doing together, such as trying to lose weight,” said the study’s lead author, Kate Ratliff, PhD, of the University of Florida. “But this research found evidence that men automatically interpret a partner’s success as their own failure, even when they’re not in direct competition.”

One of the ways the researchers tested this theory included giving couples what they called a “test of problem solving and social intelligence.” They told participants that their partners had either scored in the top or bottom 12% of all people who took the test. This news did not affect the way the participants said they felt. However, in a subsequent test of “implicit self esteem,” which measured how they actually felt,  a different story emerged.

(Incidentally, the test for subconscious self esteem, which can be found here, measures what words people associate with the word “me.” If they associate it more with positive words, such as “good” or “great,” their subconscious self esteem is deemed high; if they associate “me” more quickly with pejorative words, it’s low. If you’re curious about how you are affected by your mate’s victories, you might like to try it after you’ve celebrated one with them.)

After repeating the experiments in the Netherlands and getting the same results, the researchers did two more tests, this time online, among people who were not Dutch or college students.  More than 650 U.S. participants, 284 of whom were men, were asked to think about a time when their partner had succeeded or failed. It was scientific deja vu: the men felt bad when their wives beat them at something, but they also subconsciously lost confidence when their wives got any wins. Women’s self esteem was not affected either

Why this difference between men and women? The researchers offered several theories: men are more competitive than women generally — which makes sense, except that in many of these areas, they weren’t actually competing. So men may just be really competitive. Another is that men may feel they have to be more successful to hold on to their partners — and women may be guilty of feeding into this, at least partially, according to the researchers:  “Women do indeed feel more satisfied with their relationship when they think about a partner’s success compared to when they think about a partner’s failure.” Or, it may be that cultural pressures still run deep, and they’re subconsciously conforming to old-school partnership models of the male provider and devoted dependent woman he has rescued/ is supporting.

Another explanation could have to do with the fact that women tend to be more communal, so they look for reasons to connect with other people, while men look for differences. “One possibility to test in future research is that men are more likely than women to focus on dissimilarity and women are more likely than men to focus on similarity,” says the study.  “This would be consistent with previous findings that women are more concerned with communal behavior and with smoothing social interactions than men are.”

Regardless of what is driving their low-self-esteem, men’s bruised egos can have lasting effects on relationships. Subconscious feelings of low self-worth affect behavior, and may make the men feel less optimistic about the relationship. (Previous studies have shown that men whose wives earn more than they do are more likely to cheat, for example.) On the other hand, the authors also say that while men subconsciously felt smaller by their partners’ success, they usually have the cognitive wherewithal to get over it. That’s why they don’t report feeling any worse when their partners do well.

Plus, having a wife who is successful has its advantages. As economists have noted,  the people who have benefited most from the increasing earning power of women are the men who married them.