5 Reproductive Health Issues We Should Be Talking About

We asked readers which health topics they felt needed to be discussed openly, and got answers from an obstetrician-gynecologist. 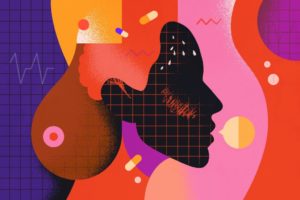 “If someone speaks to you about your body with anything but kindness and concern, it is he who has a problem.”
— Dr. Jen Gunter, an obstetrician-gynecologist

These can be serious health conditions for women, yet many of us are reluctant to discuss them, even with our doctors. In fact, the bulk of my knowledge on these and many other issues that affect women’s reproductive health have been passed along to me through word of mouth like some kind of lore.

How extensively women are uninformed, to the point that some struggle to articulate possible symptoms, hit home with me recently, after I wrote a column on menopause. (Specifically, it was about how women who were looking to find any information or camaraderie beyond the clinical were generally out of luck.

As part of the column, I asked readers if there were any other health issues we needed to start talking about more openly — and I received an onslaught of emails.

Did you know, for example, that about 50 percent of women will develop some form of pelvic organ prolapse in their lifetimes? More on that below.

Here are five conditions, which affect millions of women, explained by Dr. Jen Gunter, an obstetrician-gynecologist in the San Francisco Bay-area who writes The Cycle, a Times column on women’s reproductive health.

What is it? It’s a severe form of PMS, but PMDD generally includes severe depression, irritability and tension. Like PMS, it starts a week or two before your period, and ends abruptly when your period ends.

What to know: For about two weeks of the month, PMDD should be gone. Keep a symptom diary to gauge how long you’re experiencing these symptoms and, as always, consult your doctor.

What is it? It is when tissue that normally lines the uterus grows outside of the uterus, in the pelvic cavity. While this tissue doesn’t shed blood as it would inside the uterus, it does undergo inflammatory changes that it would during one’s period.

What to know: It affects 6 to 10 percent of women. For some, it can cause infertility. For some, a few specks of the disease can cause severe pain. For other women, it takes a massive amount of disease to cause pain. And other women have no symptoms at all. Treatments include hormones or excision surgery.

What is it? Pelvic floor disorders primarily fall into two categories: the floor being too weak or too tense. (The floor consists of a group of muscles located at the base of the pelvis.) Either condition can result in symptoms that are hard to describe and therefore hard to diagnose, such as incontinence or pelvic organ prolapse, as well as pain, particularly during sex.

What to know: A common feeling with a weak pelvic floor is that there’s something stuck in the vagina. Childbirth can exacerbate or cause a weak floor, since tissue that stretches is more vulnerable to age and injury. There is also a big genetic component, and smoking can weaken the floor.

A tense floor is more complex, in that women can have it from birth or develop it at an early age. A floor can also tighten or spasm after sexual trauma or an event that caused pain, including a yeast infection.

What is it? It’s the sagging of one’s cervix and vaginal wall toward the vaginal opening.

What to know: It occurs normally with age since pelvic tissue, stretchy by nature, is more vulnerable to gravity and aging. Fifty percent of women will develop some form of it over time, and most women don’t get symptoms until it has progressed.

The most common symptom is the feeling that something is falling out. But it’s important to note that a pelvic floor spasm, which in many ways is an opposite condition, can cause the same sensation.

What is it? There are two main types: stress incontinence, when urine leaks when pressure is exerting on the bladder by coughing, sneezing, laughing, exercising or lifting something. And there’s overactive bladder, or having to urinate even though there’s only a small amount of liquid in the bladder. It’s possible to have both conditions at the same time.

What to know: A lot of women are not screened for incontinence, and ignoring it can lead to a lot of issues. If it gets severe, it can lead to social isolation. There are effective treatments, including medication, physical therapy or bladder retraining. It can also be controlled with an incontinence ring called a pessary. Injecting Botox into the bladder, a treatment for overactive bladder, is extremely effective by preventing muscles in the bladder from spasming from low volume of urine.

This article was take from www.nytimes.com