New Drug Combo Wakes HIV in Order to Kill It

esearchers at the Sanford Burnham Prebys Medical Discovery Institute (SBP) in La Jolla, Calif., have made a fascinating discovery which may help finally cure HIV. When the virus enters the body, it hides in certain cells where it may lie dormant for months, years, even decades. Today, antiretroviral therapy (ART) can eliminate the virus’s ability to replicate itself. But it cannot eliminate hidden viruses lying dormant in host cells—safe from the immune system. Now researchers may have found a way to wake up these latent viruses in order to kill them and eliminate the disease from the body. Though this shock and kill strategy is not new, previous attempts either have either been too weak or have caused the immune system to become overactive, which can be dangerous to the patient. This study published the journal Cell Host & Microbe, surrounds two classes of drugs. The first is called smac mimetics.

A previous class, latency reversing agents (LRAs) were thought to be effective. But according to the lead author of this latest study Lars Pache, PhD, LRAs are either not strong enough to cause an immune response, or trigger over-activity. SBP investigators first examined the genes within host cells. They isolated one gene called BIRC2. Smac mimetics block BIRC2 and all molecules associated with it. Researchers wanted to see if by eliminating this gene the virus would once again become activated, and in doing so allow the immune system to recognize and eliminate it.

Another reason HIV is hard for the immune system to spot is because it contains “tightly wound DNA.” The SBP team suggested the use of another class of drugs called histone deacetylase inhibitors. These can unwind DNA, which reveals the virus underneath for the immune system to recognize and eliminate. Researchers at SBP believe that using these two classes of drugs together could help the immune system identify and erase HIV from an infected person’s body. When testing their theory, they found that the drug combination reawakened HIV without causing the immune system to go into overdrive. The next step is for the team to work together with a drug company and bring the drug combination to clinical trials. There are still a few hurdles ahead. In the meantime, every sexually active adult should get tested for HIV at least once per year, according to the CDC. Those in at-risk groups should be tested more often. Visit a clinic, physician, or urologist if it is time to do so. 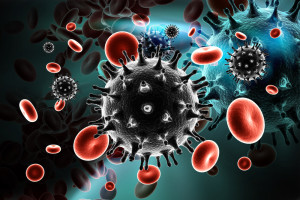